Trust is not a commodity. Honor is not a reward.
Leave a comment

A Warning From Frank Herbert

A warning from the brilliant author Frank Herbert about following the greed-induced insanity of Capitalism:

“You cannot go on forever stealing what you need without regard to those who come after.”

Yes, it’s insane to gamble the existence of the entire species simply because you figure you’ll be dead before the consequences of your actions come to be. Technically, that’s attempted mass murder – on the level of possible extinction.

And to the people who don’t believe that those who control a majority of the planet’s resources – executives of large corporations throughout the world – steal, just think about the way they finance elections to get heartless sell-outs inside Congress or Parliament (or whatever governmental body exists in a particular country), who then put together corporate legislation which helps only the executives and the fake politicians – and hurts virtually everyone else by directing a significant amount of government spending into corporate bank accounts while leaving behind people in need like so much roadkill along the road of progress.

This sick behavior allows these predators to bypass important environmental and financial regulations. Yes, wealthy business executives actually steal from the rest of us. Corporate tax loopholes are nothing more than legal burglary.

And in the Unites States, the Environmental Protection Agency is handcuffed by corporate members of Congress through under-funding, which allows corporate lawyers to collect more money (already bilked from the public) in legal fees to help keep toxic chemicals (and other dangerous elements) that poison the planet on shelves in stores throughout the country – this is much more money than the government agency can possibly spend to protect the health of the public. (And this is when there isn’t an administration in place that appoints only wealthy executives from the industries that are supposed to be policed).

Usually, by the time EPA attorneys finally manage to win a lawsuit which will get proper regulations in place to address the danger of a particular product, the company changes a formula or decides on a slightly different (often more dangerous) material and the process starts all over again. It’s a spend-and-wait game that inevitably favors the wealthy.

So why do we continue foolishly traversing this path deeply influenced by sociopathic business executives who care about nothing more than collecting obscene amounts of wealth and control over others? Do millions of people actually believe they too will one day become wealthy?

What a trick the recent wave of Capitalists have played on the unwary among us. They have installed a parallel religion that not only borrows from the existing belief systems widely acknowledged as religions (to help build “faith” as a cornerstone of the system), it actually subsumes them without the adherents realizing it. Few people see that they blindly follow two religions – one for the purpose of collecting material wealth, the other to cleanse their consciences and provide a fairy tale of forgiveness that they apparently believe will save their souls. Very clever – and evil. 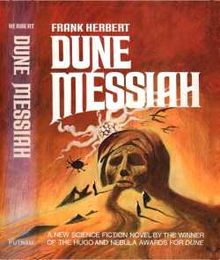 ← The Wisdom Of Bill Hicks
Parasites & Idiots: Ignorance, Blind Loyalty and Obedience Can Be A Deadly Combination →