Trust is not a commodity. Honor is not a reward.
17 Comments

Posted by ashiftinconsciousness on June 7, 2019 in Censorship, Corporate Media Corruption

While I was happy that my ban from WordPress was done after almost four months, it appears that, for the moment, some sites are more difficult for me to engage than others. I wonder if other WordPress bloggers experience this.

I saw a post by Uprootedpalestinian’s Blog titled “Belfast councillors vote against sending rep on Israel trade trip — Rebel Voice” in the “Reader” section and was prevented from commenting on it. Then I figured I’d tap on “visit site” to leave a comment and nothing happened. I tried many times and was unable to get to the site. I don’t want to automatically assume it’s more censorship, but then, it is about Palestine and Israel, one of the issues I’ve found over the years to be taboo to discuss open-mindedly in the United States – not only online, but even in person where I live, in New York. (I once had a rabid man angrily tell me that Palestinians are literally inferior to Israelis and don’t deserve to live in Palestine. Huh?) 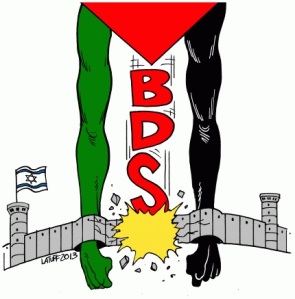 Now, that site has posted regularly for years about the Palestinian struggle for civil rights and freedom and obviously is still online. But I’ve had no problem commenting on a few other sites the past few days. Maybe those who use censorship in the U.S. aren’t consistent on purpose. It’s easier this way to deny anything is going on, that there are just technical difficulties and coincidences.

“How could there be censorship? I see posts all the time about Palestine.”

Well, complete censorship would be obvious and therefore easier to condemn. Maybe people employed to censor just mess with certain sites irregularly to make telling the truth a bit more difficult while keeping the ability to call us crazy people paranoid. 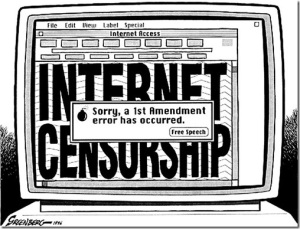 “The United States is a bastion of freedom and democracy! There’s no censorship. Those people are just unpatriotic agitators. They probably work for Socialist billionaires (😂) or some Communist country (😮) trying to destroy democracy!”

Well, I don’t know what’s going on and I’m not going to pretend I do, but I know that after a while “coincidence” just doesn’t cut it. When a pattern develops, to ignore it is illogical.

I’m not going to rant, I already have. I’d like to hear from people about any similar experiences, especially when dealing with Israel, Venezuela and Fundamentalist Capitalism.

Other posts about my Censorship experiences:

A post about the danger of corporate media and self-censorship:

← There Are No Children In War
No More Zombie Elections: Vote For The Right To Vote →