Trust is not a commodity. Honor is not a reward.
11 Comments

The Necessary (R)evolution Will Not Be Televised 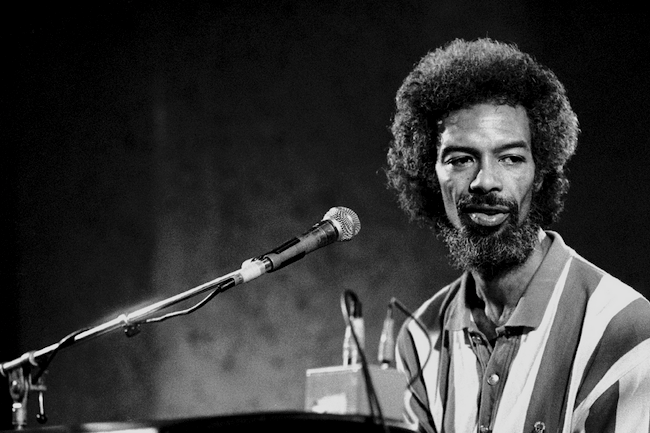 Capitalism is oppression. It’s oppression delivered through racism, patriarchy, intolerance of “others”, religious zealotry and other tools of dividing us – basically the spreading of hate, greed and fear. It’s neatly wrapped and sprinkled with the sugar (and spice and everything nice) of patriotism, socially acceptable responsibility (working “hard”) and more ignorance & greed, then baked to a golden crisp of blind (and bland) obedience due to the fear of being different (strong) enough to think for ourselves.

Done. The rest is details and probably doesn’t matter. We need to face this Truth or continue to suffer in ignorant self-delusion. We’ve brought this upon ourselves and only We (the people?) can do anything about it.

The legendary prophet Gil Scott-Heron knew that we need a Revolution to throw off the shackles of obedience to a suicidal system based on inequality. The United States was born of genocide, nurtured on slavery and has feasted on the innocence of many millions of well-intentioned people, throwing most into a pit of broken dreams and confused disillusionment (and buried under the red, white & blue banner of progress). Those called “successful” have, for the most part, feasted on the carcass of what was meant to be a democracy but has been nothing but a capitalist scam on a level staggering to comprehend. They’ve also feasted on the lives of those they’ve buried while building their empires of destruction.

Brother Gil knew. He told us that the Revolution was necessary for Evolution and that it would not be something we’ll see over the airwaves pumped into our feeble minds by capitalist parasites. It will be a battle. The battle will start in our hearts, create inspired and inspiring concepts necessary to act upon to become civilized and will be fought in the streets and courts (without mindless violence) once enough of us have won the battle inside ourselves. That’s it. We need to take care of ourselves (as well as others unable to survive the decimated planet we’ve designed) or face not only suicide, but destruction of most life on the planet. It’s a choice.

The following brilliant song needs to be updated. The details of our oppression have changed, but it’s the same thing in different costumes. I’ll probably make my own version one day when I have access to my music equipment and a place to do it properly. Hopefully someone with an audience will take the time to do this service. However, if you LISTEN, this piece is timeless:

The Revolution will be live…

← Did The ‘Cold War’ Ever Actually End?
Rights On Paper Alone Are Utterly Useless →

11 comments on “The Necessary (R)evolution Will Not Be Televised”